Because I’m a Business Management student, I’m supposed to be – at least – a little bit intelligent. But…

Obviously I know that pollen rises and pollen falls, typically in the morning and in the evening. I live in the countryside now, or as good as, and the pollen levels are slightly higher.

In my head this means that the best time of day to go out on a wee bike ride is roughly 5am in the morning, during a heatwave. After 15 miles of biking I got home, with the knowledge that riding bikes in the countryside, through fields and all that sort of stuff, when the temperature is around 10-12 degrees already, really isn’t a good idea. I did manage some photographs though. It’s very rarely that I’ll go out on my bike and not take a camera.

It’s very rarely that I’ll go out on a bike.

So, a week later or so, it was a rather pleasant evening, I’d had a couple of gins, Charley was at her mates and I had decided that it would be a great idea…for a bike ride! What a knob.

I didn’t do the whole 15 miles this time, I stuck to 5. I’ve got this pleasant little route that takes you to the southern end of Lunan Bay, which is far quieter than the other bit on account of the fact you can get a car down to it with much ease.

However, on the way back I decided to take a detour, through a field, with some stuff I don’t know the name of, that was knee high.

This went on for about a mile.
By the time I got home. Complete with a punctured tyre, I was dying. Even a weeks worth of Tesco Anti-Allergy, One-a-day tablets did nothing, more gin didn’t help either.

Got some photos though.

And here’s my bike. It gives me saddle-gooch. 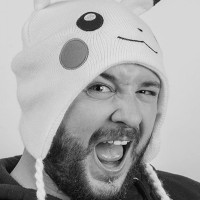 
© Copyright Stuart Alex Fraser 2020. All images that appear on this website are my own and are monitored by Pixsy. Unauthorised use makes you rather naughty and I'll probably have to tell you off.